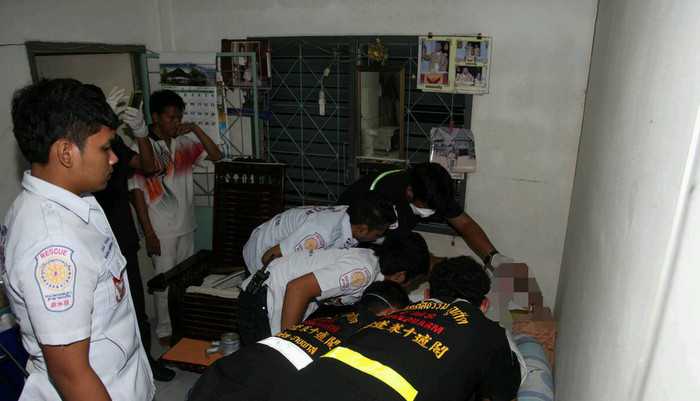 PHUKET: Police have ruled out foul play in the death of a former Phuket policeman-turned-money lender who was found dead in his bed Saturday night.

“We found Sub Lt Anan Thongkham, 65, dead at his home on Soi King Kaew 5 in Rassada at about 10:30pm,” said Maj Sakchai Chunyong of the Phuket City Police.

“There were no signs of a break-in or a struggle, but there were blood stains around his nose and mouth. His face was blue, suggesting that he had been dead for some time.”

“When I first went to see my brother after he died, I thought that he might have been poisoned and then robbed, because a gold bracelet worth about 100,000 baht was missing from his home,” Mr Somyot told the Phuket Gazette.

“However, after talking to relatives, I found out that he had recently stopped seeing doctors to treat a high-blood pressure condition and had been self-medicating with over-the-counter pills.”

Relatives who had been taking care of Sub Lt Anan told Mr Somyot that his brother had also been drinking, which had made his condition worse.

“After speaking with my family, I no longer believe that someone poisoned my brother. I also found the gold bracelet, so I know now that he was not robbed,” said Mr Somyot.

Sub Lt Anan’s body was taken to his home province of Phatthalung.