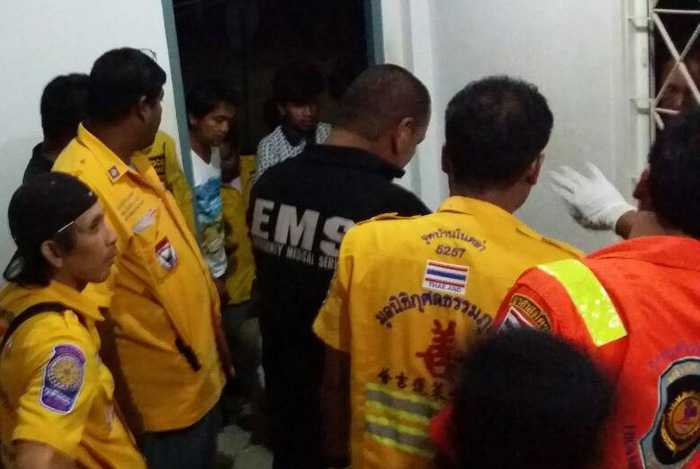 PHUKET: Police are questioning a foreign man for the possible murder of a woman who was found hanged at her home in Phuket late last night.

Police declined to identify the foreigner as the investigation is ongoing.

Officers were called to the scene, in Soi Bang Tao 4, Cherng Talay, just before midnight to find Kroramol Chittangkul, 51, from Bangkok, dead.

“Attempts by rescue workers to revive her at the scene failed,” said Lt Thanapop Rattanaburi of the Cherng Talay Police.

The foreign man who was visiting Ms Kroramol told officers that he went out for a drink for 10 minutes and came back to find her hanging by a strip of plastic packing tape.

The tape was tied to window security bars in the home.

“The foreigner said he looked through the window and saw Ms Kroramol hanging, so he kicked open the door and rushed in to cut her down,” Lt Thanapop said.

“He then ran to get help and alerted village chief Decha Kohlek, who was conducting a security patrol through the neighborhood with community police.”

“We also know from neighbors that the couple often argued loudly,” he said.

“We have yet to determine whether this was death by suicide or murder. We are waiting for the results of the post-mortem examination by doctors at Thalang Hospital before deciding on the next step in our investigation.”