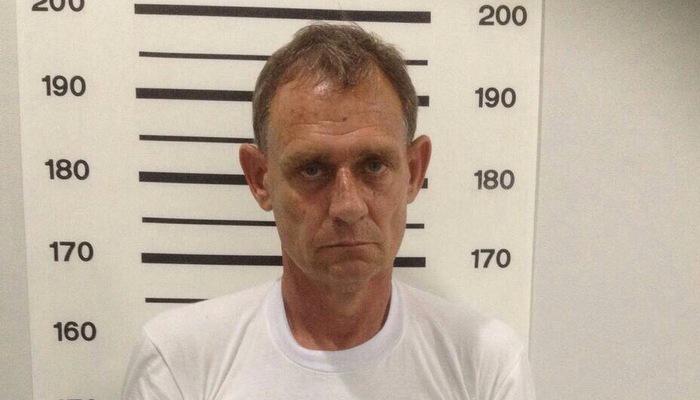 PHUKET: Long-term expat and former Tourist Police Volunteer Garry Halpin was sentenced to nine years and eight months in prison for overstaying his visa and dealing a Category 1 Drug to teenagers in southern Phuket.

Because Mr Halpin confessed to the charges during his trial, his sentence was halved. The original fine of 500,000 baht is now 250,000 baht, and he will serve four years and 10 months behind bars.

Mr Halpin was arrested at the Chalong Villa and Spa on December 14, where he was found in possession of more than 18g of ya ice (crystal methamphetamine), drug paraphernalia, a digital scale and cough syrup.

“Garry was a Tourist Police Volunteer who always helped the Chalong Police to communicate with tourists. He worked closely with police, and used this connection to convince foreigners that he could do what he wanted, right or wrong,” Lt Col Jarun Bangprasert of the Phuket Provincial Police said shortly after Mr Halpin’s arrest.

Police received a tip-off about Mr Halpin going crooked after a 25-year-old was arrested in Rawai on December 13.

Lersak Thaitae told police that he sold ya ice to Mr Halpin, who would then turn around a re-distribute the drug to tourists and teenagers in the area.

“He was told that there wasn’t much left in the batch. However, there was enough for us to come in and make an arrest,” Lt Col Bangprasert said.

Royal Phuket Yacht Club to close in wake of takeover