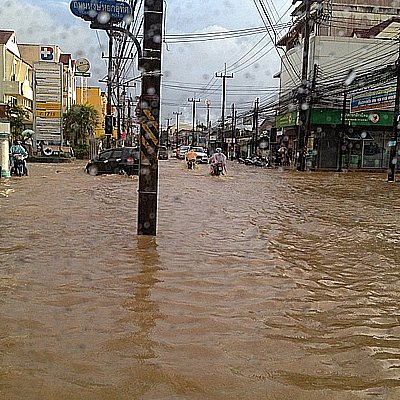 PHUKET: Severe flooding has affected large areas of Phuket this morning, with traffic brought to a standstill throughout Phuket Town and tailbacks of more than 10 kilometers on the main arteries leading into the city.

The Phuket Gazette has spoken to many motorists across the island who were still attempting to reach their destinations. One family said they had not moved for almost an hour as the traffic drew to a halt in Phuket Town.

Many others said they had decided to return home as the driving conditions were intolerable.

The Gazette will bring more details as they are received.