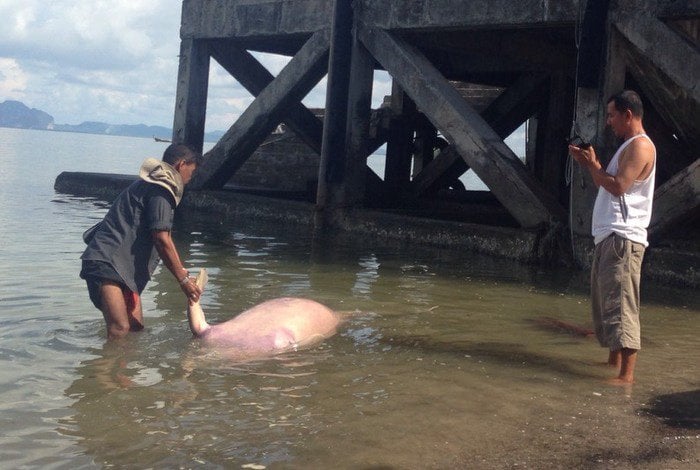 PHUKET: Fishery Department officers believe that a fishing net was to blame for the death of a 300-kilogram manatee found dead near Koh Kurong in Krabi yesterday.

“There were scratch marks on its body and a deep cut along its neck. We believe it died just hours before it was spotted by a local fisherman,” said Prawet Awirutphanit, head of the fishery management section, Krabi Provincial Fishery Office said.

During the last two or three years, local fishermen have spotted a herd of the marine herbivores in the region, confirmed Mr Prawet, who believes this could be a sign of improving marine conditions in the Andaman.

The dead manatee was taken to the Phuket Marine Biological Center (PMBC) to confirm the cause of death.

Last month, a fishing net was blamed for the death of a 500-kilogram whale shark that was found near Koh Pu, off the coast of Krabi (story here).