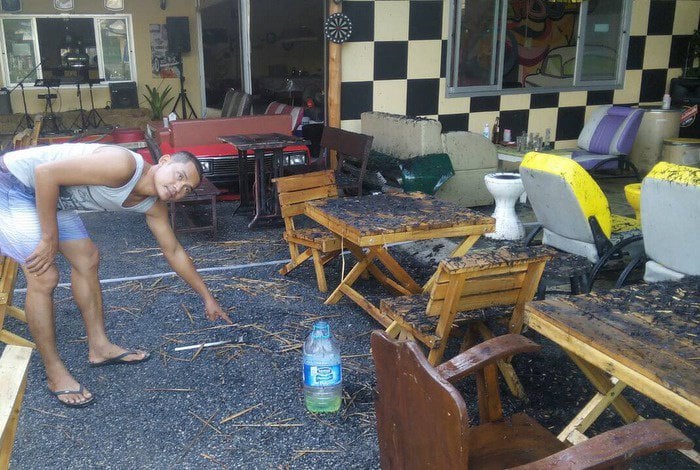 PHUKET: A witness told police that he saw two people set fire to a Phuket restaurant in the early hours of yesterday morning.

“It was dark, so the witness wasn’t able to give us any details to help identify the suspects. However, he saw two people park a car a good distance from the restaurant and then return with cans of flammable fluids after the fire was set,” said Lt Suporn Muangkhai of the Thalang Police.

The owner of the Baan Tharua Garden Restaurant, Chantana Pongkhawlou, 33, was asleep inside with her husband when the flames began to consume the palm-frond roof and wooden furniture.

“Ms Chantana and her husband, with the help of others nearby, managed to control the fire and prevent it from completely destroying the restaurant,” said Lt Suporn.

Police have collected evidence at the scene and are currently searching for leads to identify the suspects.

“We just bought and renovated the restaurant recently. We have live music and it has become very popular,” said Ms Chantana. “I have no problems with anyone, but perhaps the attack was fueled by jealousy of nearby restaurant owners.”

An estimated 30,000 baht of damage was caused by the attack, noted Lt Suporn.