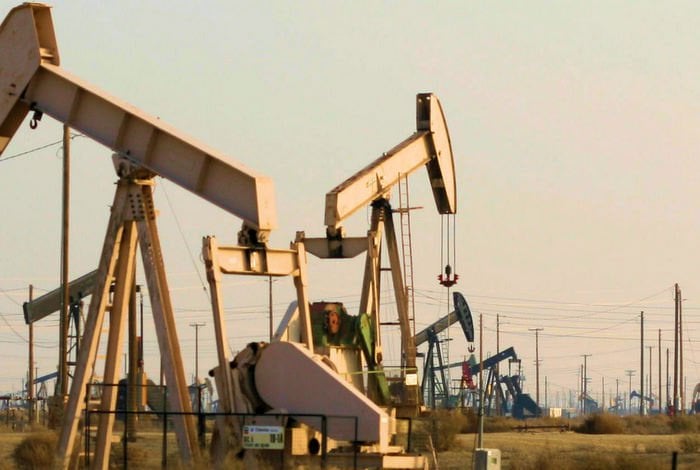 “Energy is cheap in America. We still have the cheapest energy in the world…Take advantage of it, play the demand side.”

Since then, Pickens has repeatedly stated in public appearances that he believes oil will rise to US$70 a barrel this year and to $90 a barrel next year, as domestic United States inventories have reached their highest levels ever and are starting to be drawn down.

My own technical charts are showing an energy sector that’s bottoming as oil moves off a sound technical bottom and prices are already higher after hitting a six-year low in March. Moreover, oil production in the US has declined due to those six-year lows while bankers there remain nervous about extending credit in the oil patches for more capital investments or drilling.

On the other hand, and while the US oil market is becoming more balanced between supply and demand as well as independent from foreign (aka Middle East) oil, production elsewhere still runs well ahead of consumption with continued uncertainty over Saudi production levels and Iran oil (e.g sanctions) along with other geopolitical concerns (Russia, Yemen and so on).

With the above considerations in mind and based in part on recent regulatory filings that identify what Pickens has invested in or sold during the first quarter, here are a few energy investment ideas or niches (where there are also exchange traded funds) that retail investors might want to consider:

Large cap Range Resources Corp (NYSE: RRC), the first US oil producer in the Appalachian and Mid-continent regions along with small cap Parsley Energy Inc (NYSE: PE), a producer in the Permian Basin in West Texas, were recently added to Pickens’ holdings. In the States, overall rig count has been slowly declining at a less-severe rate and there is already talk from some US domestic producers about adding rigs – something that is more likely to occur if oil prices clearly stabilize over $60 a barrel for West Texas Intermediate (WTI) or improve above the $65-$70 range in the second half.

Although US oil companies have idled hundreds of rigs, Pickens has invested in mid cap Helmerich & Payne, Inc (NYSE: HP), a contract driller of oil and gas wells.

However, risk adverse investors need to keep in mind that some oil producers are still negotiating with their service providers for additional service pricing cuts – meaning profits for oil field service stocks could remain limited for some time with shares in this sector not yet hitting bottom.

Pickens has bought shares in two small cap Bermuda based crude tanker operators, DHT Holdings Inc (NYSE: DHT) and Frontline Ltd (NYSE: FRO), which operate 40 vessels between them. Rates for the world’s biggest oil tankers have been rising this year as shipments have accelerated from both Saudi Arabia and Iraq amid record Chinese imports via supertankers.

Pickens sold stakes in several refinery stocks because refiners generally benefit when oil prices decline since that reduces their costs and encourages more driving. However, and thanks in part to their efficiency, US refineries continue to export large volumes of both gasoline and diesel to new markets around the world.

Pickens has long been a champion of natural gas as a fuel of the future because its cleaner and cheaper than diesel. However, natural gas has largely failed to gain a foothold in the American transportation market (trucks and buses) where diesel predominates, but important carriers like UPS and FedEx are making major investments in the fuel. Moreover, the US is on the verge of exporting its first major shipment of liquefied natural gas while tougher clean air and coal regulations, along with general environmental concerns, make the fuel a good alternative for power plants around the world.

Don Freeman,BSME is president of Freeman Capital Management, a Registered Investment Advisor with the US Securities Exchange Commission (SEC), based in Phuket. He has over 15 years experience working with expatriates, specializing in portfolio management, US tax preparation, financial planning and UK pension transfers. Don can be reached at 089-970-5795 or email: freemancapital@gmail.com.