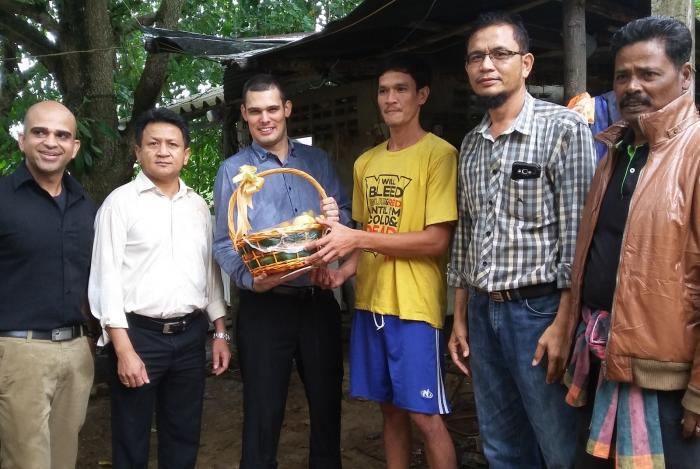 The speedboat belonged to the Sofitel Krabi Phokeethra resort and reportedly ‘disappeared into thin air’ after being anchored off Krabi (story here).

The fisherman, Apichat Singharoon, 32, reported his discovery to the Klong Prasong village headman, but only after dragging the boat all the way from Koh Yao to Klong Prasong Pier, a journey that took him about 4 hours to complete.

“I was fishing around the area when I saw the speedboat and believed it belonged to a hotel,” Mr Apichat told Phuket Gazette reporters. “So I roped it up with my longtail and brought it back to shore.”

Mr Apichat then had a photo-op with the hotel staff, in which he was shown being handed a fruit basket and rewarded.

The boat is reportedly worth more than 4 million baht and didn’t suffer any damage. Officers in the area confirmed that the boat had, in fact, not been stolen and had just drifted off due to strong winds and inadequate anchorage.