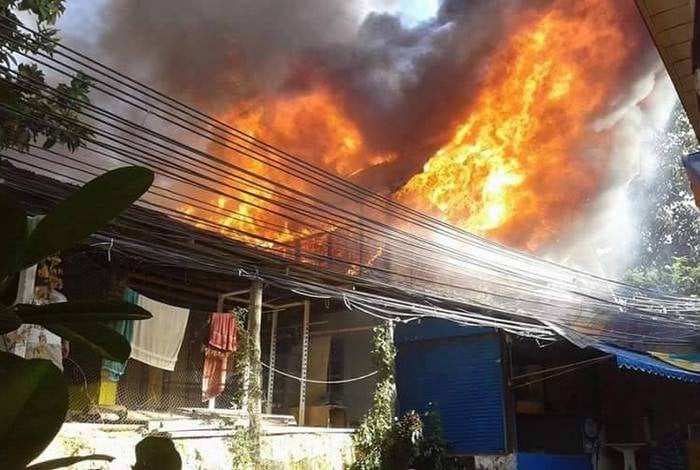 The fire broke out in the tourist-dense area of Ton Sai, gutting restaurants, rental rooms, clothing stores and a tour company storefront. Nobody was injured in the blaze.

“A house next to the group of connected buildings was burnt too. Fortunately, no one was hurt in the incident,” said Lt Col Danai Niyomdecha of the Krabi City Police.

Fire fighters spent more than one hour dousing the flames, with help from locals and tourists.

“We believe the cause of the fire was a short circuit in one of the units. However, we are waiting for experts to examine the site and confirm the cause,” said Col Danai.

“At this stage, we believe the estimated damage is about 1 million baht.”