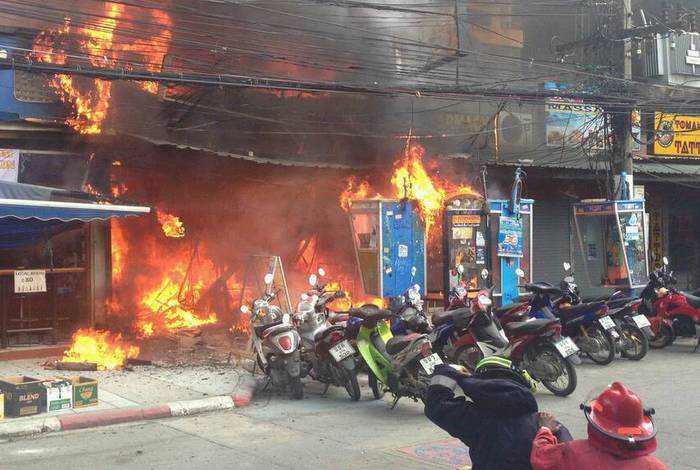 PHUKET: Firefighters have put out a fire that erupted at a tailor shop in Phuket’s famous nightlife district – Soi Bangla – this morning.

No injuries or fatalities have been reported.

Police were notified of the blaze by a tuk-tuk driver who saw smoke pouring out of the shop at about 10:30am.

“The driver and a friend attempted to quell the flames with fire extinguishers. However, they were unable to get the fire under control,” a firefighter told the Phuket Gazette.

“By the time firetrucks arrived at the scene, the flames had spread to a nearby pharmacy, a massage parlor, a tattoo shop, another tailor shop and Smile Bar.”

Police are still trying to determine the cause of the fire.