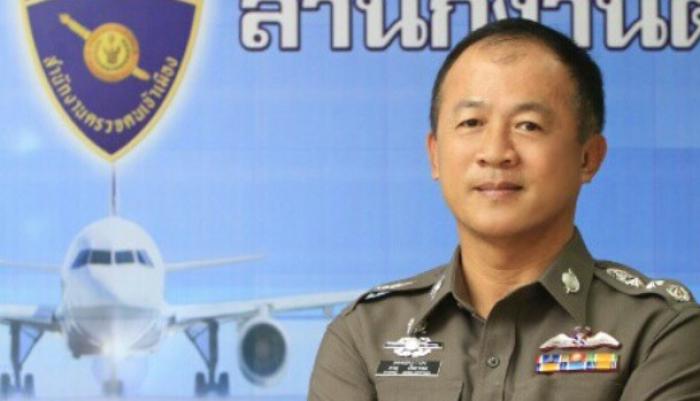 PHUKET: Thai Immigration aims to begin scanning fingerprints of all foreigners arriving in the Kingdom by the end of the year under a project costing 342 million baht.

“The budget has yet to be approved, but we hope to introduce fingerprint-scanning machines by the end of 2014,” Immigration Commissioner Pharnu Kerdlarpphon confirmed to the Phuket Gazette yesterday.

The scanners, to be introduced at every immigration entry point in the country, are part of the bureau’s effort to prevent foreign criminals from entering Thailand, Lt Gen Pharnu explained.

Fingerprint scanners were chosen over biometric passport scanners as they are better able to identify criminals who have officially changed their names and have passports under their new identities, Gen Pharnu said.

“We are aware that some of our target groups, such as Russians and South Koreans, are issued biometric passports,” he explained. “But biometric passport scanners would not catch people travelling with new documents or those using fake passports.

The general recognized that scanning fingerprints would not flag any inbound foreigners unless they had a criminal record in Thailand or were wanted by Interpol.

“But at least we will have a better system for collecting information on which foreigners enter Thailand, how often they enter and when,” he said.

“Immigration queues will get longer, but this needs to be done. They already do it in other countries, such as Japan.”

The scanners will force thousands of people to touch the same device. When asked about the possibility of transmitting diseases – such as MERS – the general said he was not worried.

“So many other countries use fingerprinting. We are not worried about disease transmission. As I said, it is something that needs to be done for the benefit of the whole country.”

The general’s announcement is in addition to a new policy to restrict foreigners from working in Thailand while on visa-exempt status.