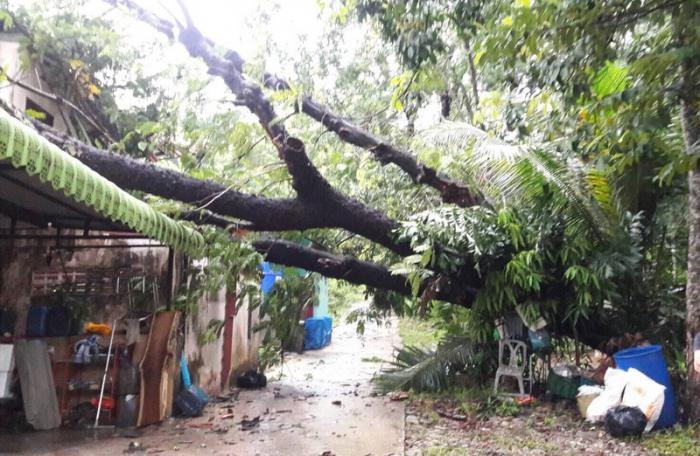 PHUKET: Fierce storms this week caused more than 300,000 baht worth of damage to at least nine houses in Phuket, toppling trees and causing landslides in several areas.

The heavy downpour this morning toppled several trees and damaged two houses in Ao Po and seven other houses were damaged in Thalang on Tuesday.

“There was a landslide in the Ao Yon area. Areas in Saphan Hin and the road leading up to Kamala were also affected by falling trees, blocking the roads there,” said Sirisak Skoonsorutcha, chief of the Department of Disaster Prevention and Mitigation (DDPM) Phuket Office.

No injuries or damage to vehicles was reported from the falling trees, said Mr Sirisak. However, he advised motorists to be very cautious during the monsoon season.

“If you are having difficulty driving during a downpour, please just pull over until conditions become clearer,” he said.