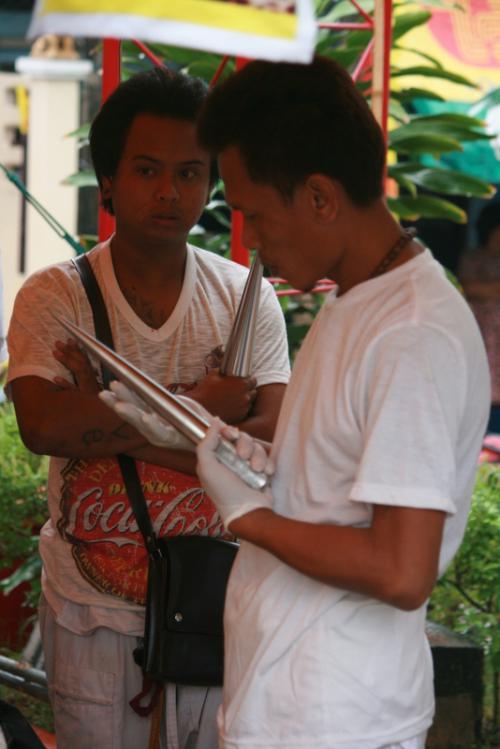 Most of the ma song taken to hospital had injuries to their tongue or cheek, explained Kajornsak Kaewjaras, chief of the Phuket Provincial Public Health Office (PPHO).

“We took them all to Vachira Phuket Hospital, mended their wounds and let them stay overnight for observation,” Dr Kajornsak said.

The health chief explained that the number of Vegetarian Festival injuries so far this year appeared to be down from last year, when 29 ma song and 39 other people were taken to hospital.

There was also one fatality during the festival last year.

“In general, people need to be more careful when they are participating in the Vegetarian Festival,” Dr Kajornsak added.