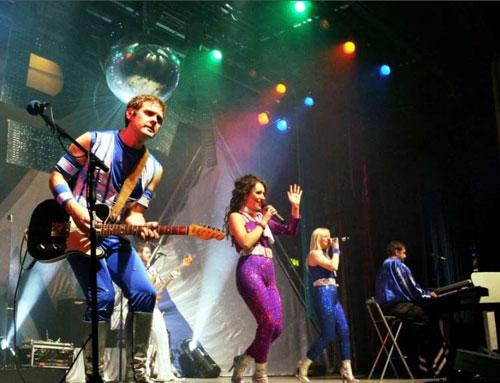 PHUKET: One basic need we share as humans, besides the bare necessities of food and shelter, is to tell and to hear stories – we all need some culture, some entertainment and fun to make our lives complete. In Phuket the shelter and food part are well taken care of, but the culture part sometimes seems to be a bit forgotten. Luckily, there’s a new player in town and things are about to change.

“Culture and art is something we used to enjoy in India and when we moved to Phuket, we missed it,” says Sonu Kapoor, partner of Vikram Singh and co-owner of Events International, an events promotion agency set to change the entertainment landscape of Phuket.

“I think that many people in Phuket are just bored,” adds Vikram. “There isn’t much to do here except for food and the beach. There is no entertainment, no culture. There is booze, food, sightseeing, golf and diving, but that’s about it,” he explains. “Don’t get us wrong; it’s a nice lifestyle, but music, art and culture are definitely lacking,” he concludes.

I find it hard not to agree with them. Having recently moved from Bangkok, I, too, miss the cultural scene of the metropolis – the constant supply of art exhibitions, movie festivals and live music. Where Bangkok and other big cities seem to be overflowing with cultural events, there is a gaping hole in Phuket’s scene, and Events International have the means, experience and motivation to fill it.

“I’ve done hundreds of concerts, in India, in the Middle East, Singapore, Malaysia and Japan. Events International has almost 30 years of experience. We were promoting music and theater events for 15 years, then we decided to make movies and we’ve been making movies for another 10 years,” explains Vikram.

It all started with performances by international rock band The Police in Mumbai, India in the early 80s. It was these gigs which Sting described as “one of the best moments of his life” in an interview for Rolling Stone magazine. Later came other big names: Richard Clayderman, Boney M, Jethro Thull, Bruce Springsteen, Sir Bob Geldof and many more. Events International started as a concert promotion agency in India and later expanded to other Asian countries and other types of events promoting Western comedy theater and musicals in Asia as well as bringing Bollywood style shows to the West. Now they are getting ready to rock Phuket.

“We’re taking things slowly. We can not bring the biggest names right away; we have to explore the market first,” says Vikram, “We start with a music show to see what the reaction is. Then we’ll try a children’s musical, ‘Alice in Wonderland’. After that, we will probably bring theater here. So we’re doing three different things – the different repertoires: music, theater and something for children – to see what works better, what people want more, and then we take it from there.”

Vikram also understands that beginning in Phuket is nothing like beginning in Bombay in the 80s, where Sting and The Police had to play for an audience that had never seen rock, that had no idea how to behave toward it. “A lot of people who live in Phuket are 40 plus. Most of them lived in different places around the world and they have been exposed to arts and entertainment in the past, and they might miss it, and this is the gap we’re trying to fill,” he explains.

“The idea is to get the community together. To expose the people who live here to arts and culture and see how they feel about it,” adds Sonu.

Events International is set to begin its conquest of Phuket with a blast. ABBA FOREVER, a critically acclaimed tribute band from Manchester, which having toured in Russia, Norway, France, Austria, Denmark, Sweden and a number of other countries, will bring the evergreen hits of the legendary Swedish pop group to Laguna Phuket on November 8.

“I came here to take a break because I have been continuously working for the last 28 years. I wanted take a rest for a year or two. But I soon realized that there was a need for entertainment here. Initially, it isn’t about making money; it’s more like a hobby, our passion. If it takes off, great, we’ll do business out of it,” explains Vikram.

Knowing how hungry Phuket is for catchy tunes, dancing and the thrill of real, live music, he might just have to cut his vacation short.

Here are just a few of the numerous enthusiastic testimonials from concert-goers who attended previous ABBA FOREVER shows: “The whole show was truly magnificent”, “A truly, truly exceptional show!” “Every man, woman and child was on their feet, waving and cheering!”

Make sure you don’t miss this major Phuket event. Tickets, priced at 1,200 baht, go on sale tomorrow (October 12) at the Gazette offices in Koh Kaew; at the tour desks of all Laguna Phuket Hotels; and at Central Festival’s Home Fresh Mart (on the ground floor near Burger King, KFC, Swensons, et al).

There are also two very special deals on offer. The first is a 20% discount for families, students and staff of the following international schools in Phuket: British International School, HeadStart, Kajonkiet, QSI, Oak Meadows and Gecko.

The second is a VIP service for online (only) purchases from the Phuket Gazette, where the first 30 people to order two or more tickets will enjoy free home or office delivery anywhere on the island.

Phuket In Focus: The bug buffet