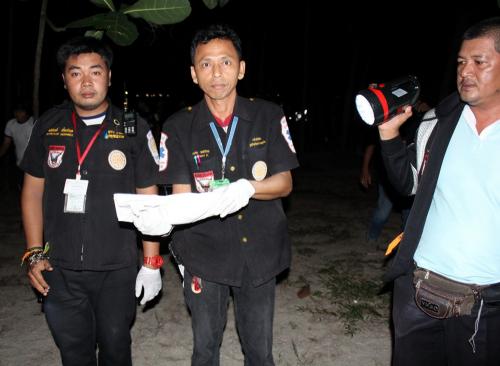 Police and rescue workers responded to a 10:30pm call and found a crowd surrounding the body at the tip of Saphan Hin park in Phuket Town. Police believe the fetus had been dead for about two days.

“Because it was dumped in the sea, we assume the mother had an illegal abortion,” said Capt Rachan.

“We are looking for her,” he said.