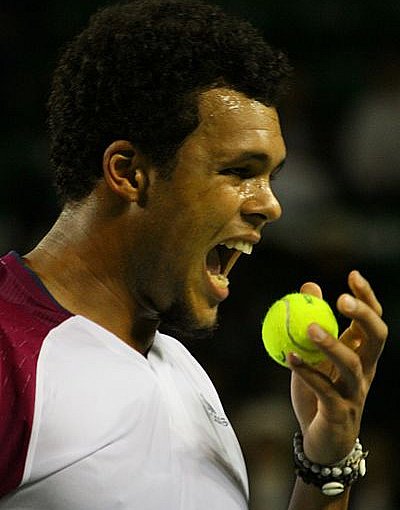 PHUKET: “I was just perfect today. I served just unbelievably.”

Jo-Wilfried Tsonga doesn’t hold back on describing his performance against six-time Wimbledon champion Roger Federer in Wednesday’s quarter-final at the All England Lawn Tennis tournament.

True, it was a fantastic performance, but certainly not perfect. Federer had gone two sets up before the big serving French player clawed his way back to win.

Tsonga recorded the fastest serve of the match at 135mph, but only hit one ace more than his Swiss opponent, 18 – 17 respectively.

Federer landed 77% of his first serves, while Tsonga managed a paltry 70%.

His unbelievable service game cost him four double-faults, whereas Federer gave away only one.

Credit where credit is due, and to come back against the machine Federer is worth a trophy in itself. However, describing a 3-6 6-7 (3-7) 6-4 6-4 6-4 victory as perfect and a service game that was inferior to his opponents as unbelievable – Tsonga may be better advised to curb his enthusiasm.

Meanwhile, Rafael Nadal, Andy Murray and Novak Djokovic also made it through to the last four.