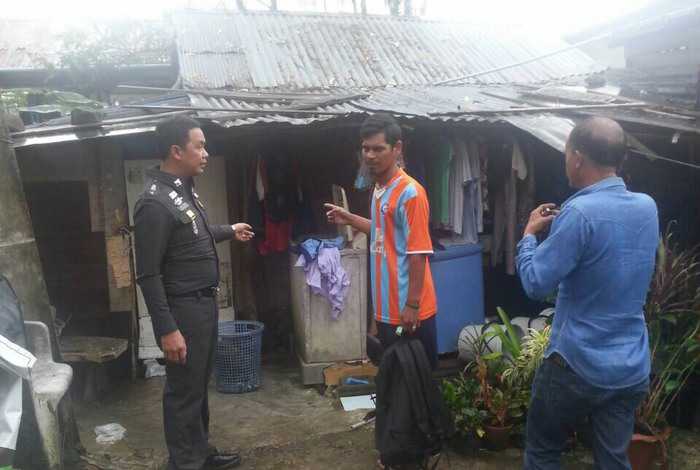 PHUKET: Police are hoping that the speedy arrest of a knife-wielding thief who targeted a Bahrain couple on Monday will raise tourists’ confidence in their safety.

Patong Police arrested Ismael Pomalee, 30, from Pattani, less than 24 hours after the robbery.

“We received a call at about 9:30pm on Monday saying that the couple had been held at knife point and robbed at the IndoChine Residence & Resort Patong,” Lt Col Sutthichai Tianpho of the Patong Police told the Phuket Gazette.

“We worked all night with the couple to get as much information as we could about the suspect. Using information already in our database combined with the victims’ descriptions, we were able to track down the suspect and make an arrest.”

Mr Ismael had previously been arrested for possession of kratom – a category five drug.

Police recovered the stolen items – including a DSLR camera, sunglasses and clothing – from Mr Ismael’s home in Kalim.

No cash was stolen, police said.

“Mr Ismael will be charged for theft with a deadly weapon,” Col Sutthichai said.

Bigger, better and with a new name – BISP Soccer 7s coming to Phuket for the 13th time