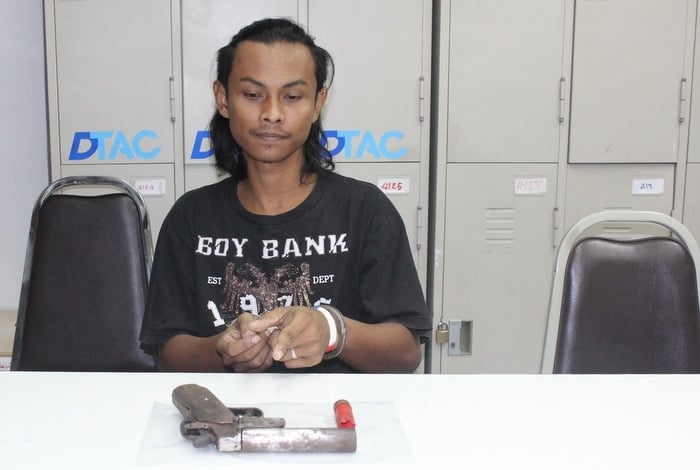 PHUKET: A gunman who shot his fruit-selling aunt in the head in Phuket Town turned himself into police yesterday.

Mr Santipap stashed his homemade gun and ammunition in a shoe box near Surakul Stadium before he called his father and asked him to contact police.

“I didn’t like her. She was always arguing with my parents and causing problems for our family,” Mr Santipap said.

Witnesses told police that a man matching Mr Santipap’s description had passed by Ms Sriroong’s fruit shop several times before he parked his motorbike and approached her.

“He walked up to her and fired a single bullet into her face. He then fled the scene,” Maj Rachan Panwai of the Phuket City Police explained to the Phuket Gazette.

Ms Srisroong was rushed to Phuket Provincial Adminstration Organization (PPAO) Hospital and then transferred to Vachira Phuket Hospital, where she succumbed to her injuries.

“I left the stall for five minutes to go to the grocery store, then my friends called me, saying that my wife had been shot,” said Sornsiri Natesawang, 37. “I was shocked. I have no words for this.”