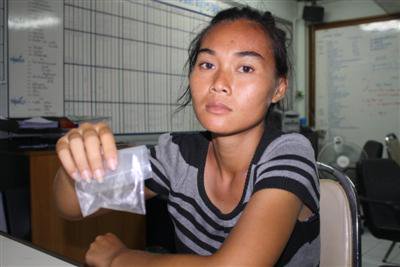 PHUKET: Police arrested a woman in Chalong on Saturday for selling a fake gold ring to a gold shop.

When she sold the item to the Chao Fa Gold Shop on Chao Fa East Road for 8,200 baht, another shop, allegedly, had already told 25-year-old Sajee Sutthiprapha that the ring was a fake.

Phuket’s Chalong Police arrested Ms Sajee, who is five months pregnant, at around 2:20pm after the shop owner filed a complaint.

Ms Sajee has confessed to a fraud charge, police say.