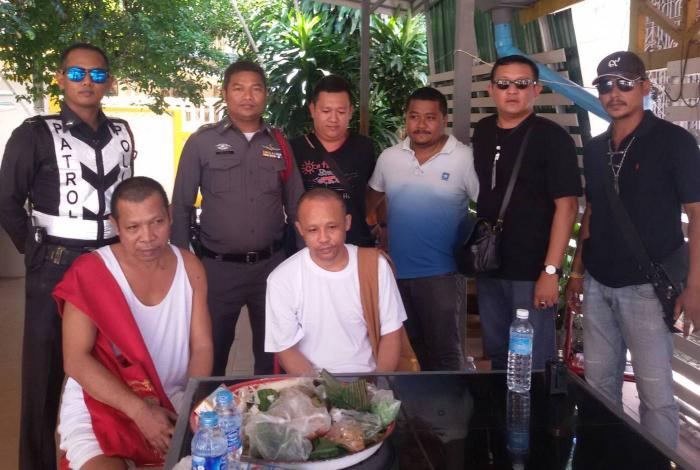 According to reports from locals, Tanai Jai-uea, 52 and Bundit Sairat, 42, have been regular food beggars at the Sai Nam Yen intersection on Rat Uthit 200 Pee Road in Patong for two years.

“They were not doing alms rounds like other monks do, so we asked them to produce papers and verify their identities after repeated complaints from locals,” said Aniruth Bua-on of the Department of Disaster Prevention and Mitigation (DDPM), Phuket Office.

They two have been charged with carrying fake documents and are being held at Patong Police Station for further processing.