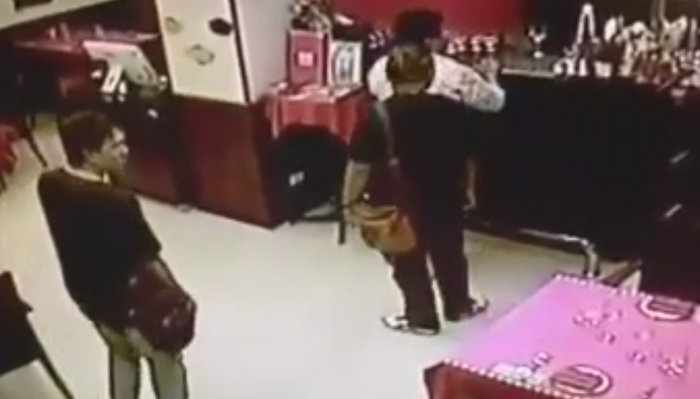 PHUKET: Three plainclothes officers thought to be impersonators attempting to extort money from a local business yesterday have been verified as new members of the Phuket Provincial Police, said the Patong Police chief.

The owner of La Boucherie in Patong submitted CCTV footage to the Phuket Gazette yesterday that showed three men who claimed to be Patong Police officers entering the restaurant at about 12:30am (story here).

The restaurant owner, who asked not to be named, said that the men asked to see work permits for all foreign staff, and left after briefly checking the documents. The men did not demand any money or threaten any official action.

The three officers have been on the island for about two months. Video: La Boucherie CCTV

“I was told that they were checking for work permits, as per their normal duties.”

However, when asked by a restaurant staffer to present their official identification, the police officers refused.

Phuket’s top cop has since told the Gazette that he will talk with his officers and demand that they present their official identification before conducting a search to ensure no further misunderstandings occur.

“If they don’t show their identification or a search warrant, do not let them search your premise. Call 191 immediately,” Phuket Provincial Commander Krajang Suwannarat said.

Lt Col Khunnadet chalked up the incident to a misunderstanding, but urged any concerned business owners to report incidents that seem suspicious.

“I believe language barriers contributed partly to this misunderstanding. Also, the men are new Provincial Police officers and were working in plainclothes, which explains why Patong Police did not recognize them,” Lt Col Khunnadet said.

“I am thankful that the restaurant owner was cautious and reported the incident. If any business owners face an issue with officers, especially concerning possible extortion, please report it as soon as possible.”

The owner of La Boucherie has been informed that the men in her restaurant were police investigators.

“I received a call from a high-ranking Phuket Provincial Police officer informing me that the men in my restaurant were officers,” said the restaurant owner.

“I just wanted to express my concerns so that other business owners would be alert and always check for warrants and identification before letting officers search the property.”