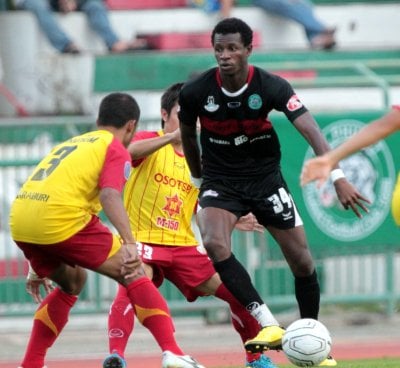 PHUKET: Football fans will be in for a treat over the next few months, as FC Phuket vie against top teams from the AIS Regional League Division 2 for promotion to Division 1 of the Thai League.

The “mini-league” fixtures were announced at a meeting of the coaches of the 12 qualifying teams held on September 29 at the Sofitel Centara Grand hotel in Bangkok.

The twelve qualifiers are competing for four available spots in Division 1.

The twelve have been divided into two groups, A and B. The top two teams in each group will be promoted to Division 1 at the completion of a round-robin, home-and-away set of encounters.

Playing in Group A, FC Phuket have the following fixtures:

All of FC Phuket matches will be played at Surakul Stadium in Phuket Town.

Playing in Group B, Division 2 South runners-up Trang FC “Killer Dugongs” will start their campaign at home against Phichit FC in a match that kicks off at 6pm.

The complete list of fixtures, in Thai, is available at: thaileagueonline.com/programs.php?league=10&leg=1&rd=0

Phuket tourism resilient in the face of strong baht