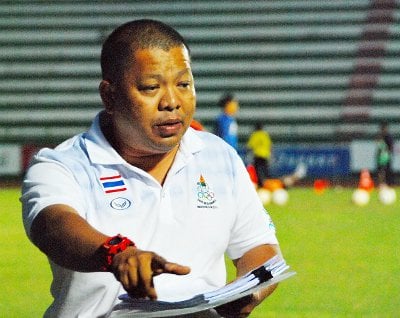 PHUKET: FC Phuket has filed an appeal with the Football Association of Thailand (FAT), asking that it be allowed to play its final home match of the season at Surakul Stadium on January 7, as originally scheduled.

FC Phuket secretary Soranan Sanae said the appeal follows a ruling by the FAT board that the team lose its right to host the match following the team’s December 21 home loss to Suphanburi FC, after which the referee was surrounded by a contingent of furious FC Phuket supporters and not allowed to leave the pitch.

The FAT also slapped a 20,000 baht fine on the team due to the actions of the supporters, who only comprised a very small segment of its total fan base.

Under the ruling, FC Phuket would not be allowed to use Surakul Stadium for the final match against Bangkok FC and instead would have to find a neutral field to host the match.

“We agree to pay the 20,000 baht fine, but would like FAT to drop the one home match ban. The incident happened on December 21, so the ban should have been for the December 25 match against Airforce United, not on our last home appearance of the year. It’s not fair to us,” said Mr Soranan.

The club would file a complaint to FAT about the referee’s calls during the Suphanburi match, he added.

“The referee made many wrong decisions, costing FC Phuket the match,” he said.

The team is scheduled to end its 2011-2012 campaign with an away match at the high-flying Hornbills of Chainat FC, who are in second place and have already clinched promotion to the elite Thai Premier League next season.

Early in the season the match appeared likely to be key fixture, as both sides were in contention for the three promotion slots at the top of the table.

However, FC Phuket’s fortunes fell as the season went along. The team has had problems playing on the road throughout the season, and hopes for promotion began to fade with successive home losses against Buriram FC and Saraburi midway through the campaign.

Following revelations that the Phuket Provincial Administration Organization would no longer be able to sponsor the team financially, the team’s performance in December has plummeted. They failed to win any of their five fixtures on the month, while their manager announced his decision to leave the team and none of their key foreign players have been re-signed for next season.

With the team’s future for next season in jeopardy, all FC Phuket fans can do is hope for a positive ruling on the current appeal in order to see the current side play at home for a final time.