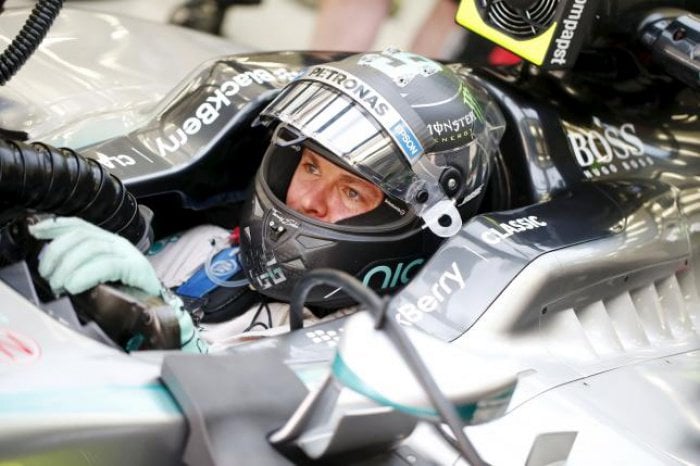 In fact, the safety car may have stopped any further attrition by the Iceman. It was nice to see Kimi back in form.

I speculated before Shanghai about how close Williams could get to Ferrari. The answer was ‘not nearly close enough.’ In fact, Williams may be falling back towards Red Bull and others.

So it’s on to Bahrain, where the local politics always provide some entertainment and where Pirelli is providing soft and medium compounds for a circuit dominated by long 300kmh straights and slow corners, so brakes will play a significant role.

Bahrain demands superb aerodynamics with sturdy low-speed traction. The desert location means the track evolution is uncertain, depending on how much sand blows onto the circuit.

High temperatures provide a real challenge to cooling systems and tyre management, with heavy demands on rear tyres, as opposed to Shanghai where the front left tyre took the brunt of the track’s attack.

However, both tyres have looked good in practice sessions.

Bahrain has the roughest asphalt of the season, which accelerates tyre degradation, partly mitigated as track and air temperatures fall as the race goes on.

Bahrain is no longer run during the day, and that reduces it to something comparable to Sepang, where Ferrari managed so well.

Expect a two-stop strategy, but there could be a difference in which tyre order teams choose to run. Soft-soft-medium is the probable strategy, but soft-medium-soft is also an option.

The expected performance gap between the two compounds, according to Pirelli, is 1.5 to 1.7 seconds per lap.

The amount of low-speed acceleration makes this one of the most marginal races of the year for fuel and the drivers may have to use ‘lift-and-coast’ if there is no safety car – and there usually isn’t. That could play to Ferrari as well.

Note that fewer than half of all Bahrain F1 races have been won from pole.

Last year Nico was on pole and had the fastest lap, but Lewis won with a better tyre strategy. Vettel has a very good record there as well.

There are two DRS zones – on the approaches to Turns one (‘Michael Schumacher turn’) and eleven. The first is incredibly tight and has a prime overtaking opportunity.

Turns two and three are taken at full speed and a good exit can also set up an overtaking opportunity as well.

The straight leading to turn four is long, and the track at the corner is 30 meters wide.

Turns five through seven make up a full speed ‘S’ leading to turn eight, a right-hand hairpin, while turns nine and 10 are both blind left-handers, where drivers brake, downshift and turn simultaneously.

Turn 10 is also a complex off-camber, downhill, left-hander where it’s easy to lock the left-front tyre.

This can be expensive because drivers need a clean exit being the second DRS (drag-reduction system) zone is along the next straight.

Turn 11 is a fourth-gear left-hander that leads immediately into the flat-out right-hander of 12, then into the third-gear right-hander of turn 13, which requires a good exit to gain speed down the following straight.

This race could be Nico Rosberg’s best chance to win, though Mercedes might prefer he didn’t because Lewis’ protracted personal negotiations for next year could get harder, but Nico won’t be unduly concerned about that.

It may also be Kimi Raikkonen’s chance to shine, and I do not believe Williams is going to unduly trouble the Ferraris, so the podium is likely to be the Silver Arrows and the Prancing Horse again, but the mix could well be different this Sunday.

I’d love to see Nico, Kimi and Lewis standing there at the end, but whatever happens we are in for a great race.

Join me to watch it on the Big Screen at The Green Man. Qualifying is at 10:50pm tonight, and Race Day is at 10:45pm on Sunday.