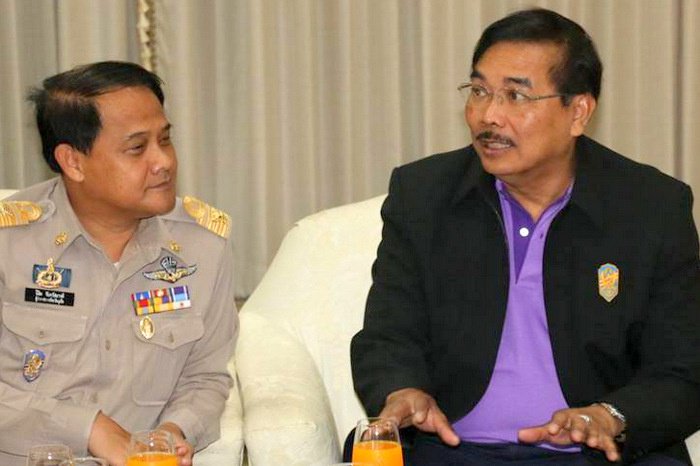 PHUKET: The Ministry of Energy will launch a campaign that aims to reduce Phuket’s power consumption by 10 per cent within six months.

The campaign will target hotels, shopping malls and condo projects – and government offices, explained Pramoul Chanpong, an inspector with the Ministry of Energy.

“Phuket is one of the top three power users in all of Southern Thailand,” he told Governor Nisit Jansomwong yesterday.

“Support from the private sector alone should be able to reduce the island’s power consumption by 10 per cent, or about 32 Megawatts, within our six-month trial period.”

The Ministry of Energy is hoping to brand Phuket as a “model province” for energy saving, Mr Pramoul explained.

“But we need help from both the government and the private sector to make it happen.” he said.

“We will provide some budget to support the project so that energy-saving devices, such as LED lighting and low-energy air conditioners, can be introduced. Then we will expand the project to other provinces in the South.”

Governor Nisit voiced his support for the project.

“Southern Thailand uses more energy than it generates, and so we must draw power from supplies in Central Thailand,” he said.

“If we can reduce the amount of electricity we use, it will reduce the need to build more power stations or spend millions of baht on upgrading them.”

Mr Pramoul did not discuss the move by the Electricity Generating Authority of Thailand (EGAT) to build a controversial coal-fired power plant near protected mangroves in Krabi, across Phang Nga Bay from Phuket (story here).