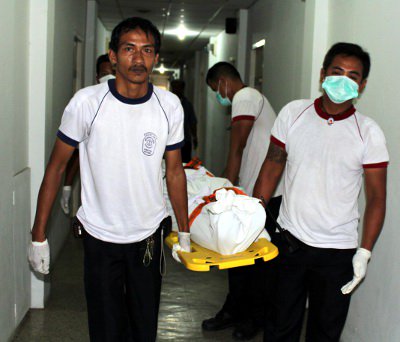 PHUKET: A former police officer from Ranong was found dead in his Phuket Town hotel room on July 18. Police say there were no signs of a struggle and believe the officer died of natural causes while on holiday.

The late Lt Col Chokchai Charucharee had recently retired from service at Suk Samran Police Station in Ranong, where he was a deputy superintendent.

Col Chokchai’s body was found after police received a report from hotel staff who noticed an unpleasant smell coming from the room.

The police and rescue workers broke the door open and found Col Chokchai’s body laying face down on the floor next to the bed.

There was vomit in the room, but no sign of struggle or theft.

Based on the condition of the body, the police estimated that Lt Col Chokchai had passed away no fewer than five days earlier.

The body was sent to Vachira Phuket Hospital morgue for examination to determine the exact cause of death.

Early winners and tight racing on Day 3 of Raceweek

Phuket Surfing: Stoked on a bit of star power