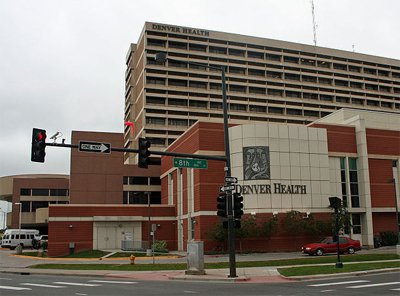 PHUKET: A gunman outfitted in complete ballistic gear entered a movie theater in Colorado yesterday and opened fire during the premiere showing of the new Batman movie, killing 12 people and injuring nearly 60 others in one of the worst mass shootings in U.S. history.

The incident began just after 12:35am local time when the suspect, identified by police as 24-year-old James Eagen Holmes, walked into an auditorium through a side door at the Century 16 Movie Theater in Aurora, a city which is part of the Denver Metropolitan Area. He appeared as a silhouette to moviegoers, some of whom first assumed he was part of a stunt for the movie.

“We believe that as part of this assault, Mr Holmes set off two devices to distract the crowd,” Aurora Police Chief Dan Oate said during a news conference. The gunman, who initially came in with a ticket but later walked out of an emergency exit door unnoticed, then returned and opened fire on the crowd.

Holmes is believed to have been outfitted in complete ballistic gear, including a ballistic helmet, a tactical ballistic vest, ballistic leggings, a throat and groin protector, black tactical gloves, and a gas mask. He was able to fire dozens of rounds as the moviegoers tried to escape the theater.

“First officers were on scene within a minute and a half of the first 911 call,” a police spokesperson said. “They contacted Holmes outside of the theater by his car. He was arrested without incident. There were 4 guns recovered, one of which was in the theater.” The weapons included two .40-caliber Glock handguns, a Remington 870 single-barrel pump shotgun, a Smith & Wesson AR-15 assault-style rifle, and as many as 6,000 rounds of ammunition.

Authorities said there were 70 victims in total, of whom 10 died in the theater while two later died at area hospitals. Fifty-eight others were injured and taken by police, ambulance and private vehicles to six area hospitals. Eleven of the injured remain in critical condition.

After Holmes was arrested and identified, officers immediately went to his Aurora residence where booby traps were discovered. “Our investigation determined that his apartment is booby-trapped with various incendiary and chemical devices and apparent trip wires,” Oate said. “It may be resolved in hours or days; we simply don’t know how we are going to handle that.”

There were four midnight showings of ‘The Dark Knight Rises’ at the theater, all of which were sold out. It was not immediately clear how many people were inside, but Oate said officers had interviewed close to 200 witnesses.

The motive remained unclear, but the Federal Bureau of Investigation (FBI) said there was no immediate evidence of terrorism.

According to the Wikimedia website, Holmes was raised in San Diego, California. He graduated from Westview High School in the Torrey Highlands community of San Diego in 2006 and obtained an undergraduate degree with honors in neuroscience from the University of California, Riverside, in 2010.

Holmes enrolled as a Ph.D. student in neuroscience at the University of Colorado School of Medicine in Aurora. In 2012, his academic performance declined, and he left school in June.

A California woman who identified herself as the mother of Holmes told ABC News her son was likely the culprit, saying, “You have the right person.”

President Barack Obama has extended his condolences to the victims and their families, addressing the tragedy in lieu of a scheduled campaign event. Both Obama’s and Mitt Romney’s election campaigns temporarily suspended television advertising in Colorado for the upcoming presidential election. Secretary Janet Napolitano also directed the Department of Homeland Security to offer support in the investigation. President Obama ordered that flags at government buildings be flown at half staff, in tribute to the victims, until July 25.

The movie’s director, Christopher Nolan, released a statement, as follows:

“Speaking on behalf of the cast and crew of ‘The Dark Knight Rises’, I would like to express our profound sorrow at the senseless tragedy that has befallen the entire Aurora community. I would not presume to know anything about the victims of the shooting, but that they were there last night to watch a movie. I believe movies are one of the great American art forms and the shared experience of watching a story unfold on screen is an important and joyful pastime.

“The movie theatre is my home, and the idea that someone would violate that innocent and hopeful place in such an unbearably savage way is devastating to me. Nothing any of us can say could ever adequately express our feelings for the innocent victims of this appalling crime, but our thoughts are with them and their families.”