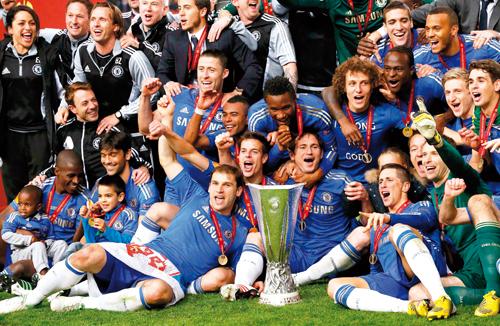 PHUKET: To try and boost the ailing Europa League, UEFA president Michel Platini announced last week that – starting from the 2014/15 season – the winners would qualify for the Champions League. Platini also said that a fifth Champions League place is to be awarded to clubs in the big European leagues.

Under this new system, the Europa League winners would enter a playoff stage but various factors need to be considered before UEFA decide who makes it into the Champions League.

Wigan, Swansea and Tottenham have qualified for next season’s Europa League. A realistic scenario would be Tottenham winning the Europa League and finishing 5th in the league, which would mean that the top four teams and Tottenham would qualify for the Champions League.

This new ruling eliminates the same fate that befell Tottenham in 2012 when Chelsea finished sixth in the league but because they won the Champions league they took Tottenham’s place, who finished fourth, in Europe’s elite competition.

In other football news, Roberto Martinez has resigned as manager of Wigan – who were relegated to the Championship – and he is expected to succeed David Moyes at Everton.

Manchester City defender Kolo Toure has agreed to join Liverpool when his contract with City expires on July 1.

Former Chelsea interim manager Rafa Benitez has been unveiled as the new manager of Napoli.

Crystal Palace beat Watford in the Championship play-off final to join an already promoted Cardiff and Hull in the Premier League next season. Palace won the game 1-0 in extra time after Kevin Phillips converted a penalty in the 105th minute.

Brazilian superstar Neymar will join Barcelona from Brazilian side Santos for 51.3 million British pounds sterling. Santos accepted two bids for Neymar from Barcelona and an unnamed club, believed to be Real Madrid. The 21-year old will sign a five-year deal expected to be worth 85 million pounds.

Ashley Cole captained England in Wedensday’s friendly against the Republic of Ireland. The left back was named captain as a tribute to him reaching 100 caps for his country.