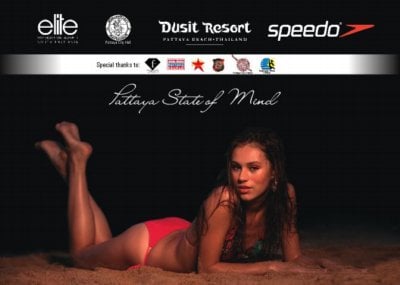 PHUKET: Twelve top international models will be in Phuket next week to shoot the Phuket Calendar 2008 in a bid to raise the island’s image as an exotic holiday destination.

The calendar, to be produced at a cost of 5 million baht by Elite Model Management South East Asia, will feature 12 sexy models in swimsuits, batik and casual wear at a variety of locations around the island.

Woranoot Kunopakanphun, manager of Elite Model Management South East Asia, told the Gazette that the theme of the calendar will be “Paradise in Phuket”, with the Phuket Gazette as local media sponsor.

A production team of about 30 people, including the models themselves, will begin the five-day series of shoots from November 14. A small team from Elite Model Management will arrive beforehand to find suitable locations.

The effort is being coordinated with the Tourism Authority of Thailand (TAT) and the Phuket Provincial Administration Organization (OrBorJor), said K. Woranoot.

The initial run of the Phuket Calendar 2008, to be distributed free to the public and government offices, will be 10,000 copies.

Project co-sponsors, however, are expected to order additional copies for their own distribution, said K. Woranoot.

Last year, the company produced a similar calendar to promote tourism in Pattaya.

The calendar will be launched to the public at Phuket FantaSea in mid-December.