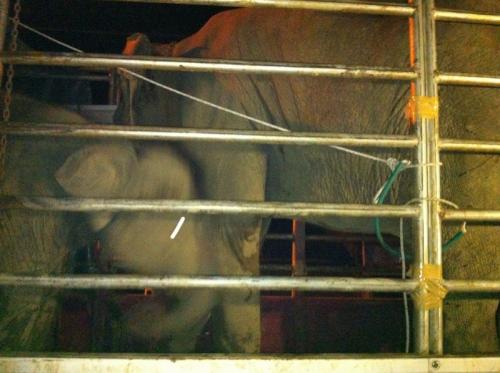 Nine people were arrested in the early-morning raid and the two trucks transporting the elephants were seized.

Suspects told police that a “Piang Sala-ngam” had sent his son-in-law Sa-ngad Padphai down with the trucks from an elephant camp in the northeastern province of Surin.

The trucks departed on June 13 and only arrived with their jumbo cargo today.

All nine arrested, including Mr Sa-ngad, have been charged with illegally smuggling the elephants into the province, in accordance with the Animal Epidemic Act of BE 2499.

They have also been charged with forging of official documents.

PHUKET VIDEO REPORT: Infamous Black Hole of Patong may not be fixed for weeks