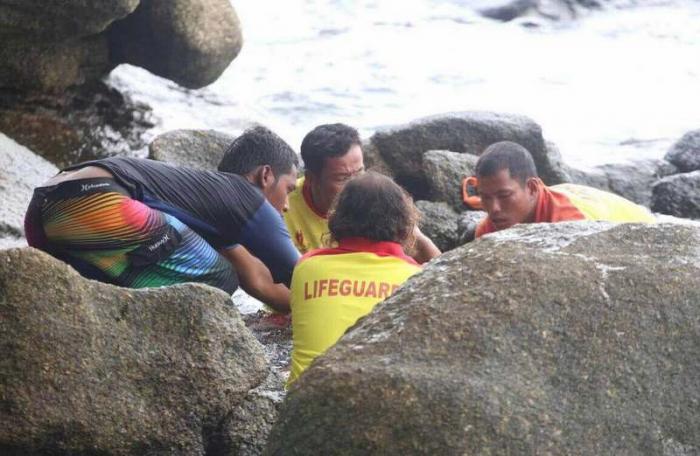 PHUKET: An elderly Chinese tourist was killed when he slipped and fell on rocks at Kata Beach on Tuesday.

Beach lifeguards reported the incident to the Royal Thai Navy and police at about 2pm after locals found him lying on the rocks between Kata and Kata Noi beaches.

Officers went out on jet-skis to retrieve him as it was too dangerous to go on foot.

“Fuhai Su, 71, suffered serious injuries to his face and head. He was already dead when we arrived at the scene,” said Karon Police Maj Pattiwat Yodkwan.

“A big wave smashed on to the rocks, causing him to slip and fall to his death.”

Mr Su, originally from Beijing, was visiting Phuket with his family.

His body was taken to Vachira Phuket Hospital for a post mortem examination to confirm the exact cause of death.