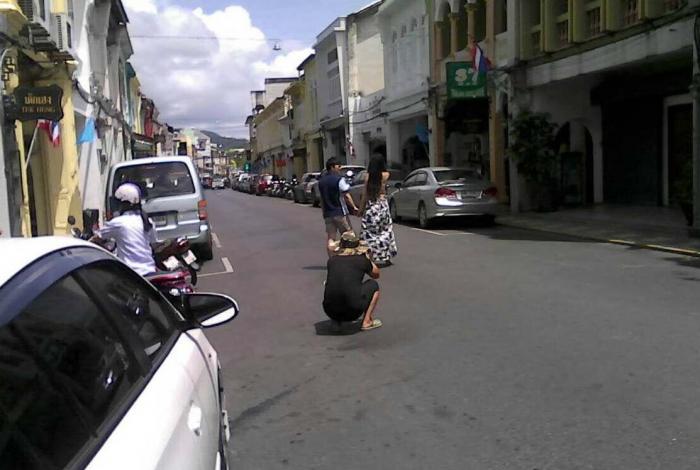 The grand spectacle was led by Phuket Provincial Labor Office Chief Suttipong Saisakares and included a powerhouse of officers from the labor office, the tourist police, the provincial government office and civil defence volunteers, among others.

The officials were acting on complaints from locals about foreigners working illegally in Phuket.

“Two suspects were charged for working illegally as tour guides – a protected job reserved for Thai nationals only – and also for operating without a work permit. They were caught at Chalong Bay along with tour accessories,” said Mr Suttipong.

The suspects were a 24-year-old Myanmar national working for a Phuket-based tour operator and a hill-tribe man, also 24, working for a diving company.

Two Chinese nationals were caught doing photo shoots in Phuket Town – one on Thalang Road, the other on Yaowarat Road. They were charged for working without work permits,” Mr Suttipong said.

“Both men failed to present work permits, so we arrested them and confiscated their cameras and other items,” said Mr Suttipong.

All four were taken into custody for further processing.