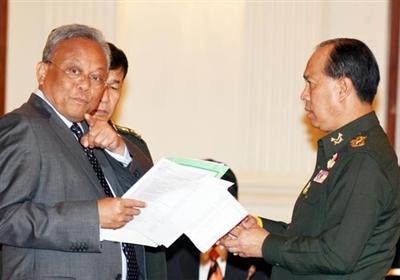 PHUKET CITY: Party list MP Chalermlak Kebsup of Phuket is among 13 MPs the Election Commission is seeking to have removed from office for holding shares in a restricted business.

The Election Commission (EC) yesterday ruled that 13 MPs, all from the ruling Democrat Party, had violated the Constitution by holding stocks in media firms or telecom businesses operating under state concessions.

Twelve of the 28 MPs did not violate the Constitution and three others had already relinquished their status as members of parliament, the EC ruled.

The biggest name among those the EC is seeking to disqualify is Suthep Thaugsuban, Deputy Prime Minister in charge of national security.

Both Mr Suthep and Ms Chalermlak were found to hold shares in media giant True Corporation.

If the Constitution Court upholds the EC rulings, the 13 will lose their seats in Parliament and by-elections will have to be held within 45 days.

The EC stressed that its ruling was based purely on legal process, not politics.

The move to have the 28 MPs removed was proposed by Supachai Jaisamut, a member of the Bhumjaithai Party that is a partner with the Democrats in the coalition government.

Mr Suthep Thaugsuban said he is not under pressure to step down over the matter and that the case would not affect the stability of the government.

He said he has “a solution” for the issue but would not elaborate.

“The shareholding case is a lesson for lawmakers to be more careful about their investment portfolios and not a disruption of government work,” he said.

Ms Chalermlak told the Gazette that she has held 5,000 shares in TT&T Public Company Ltd since 1993 as well as 500 shares in True Corporation.

She declared these assets to the National Counter Corruption Commission after taking up her position, she said.

Saying that the EC ruling was not final and that she was not unduly worried about the charge, Ms Chalermlak said she intends to continue her duties as normal while the case is considered by the Constitution Court.