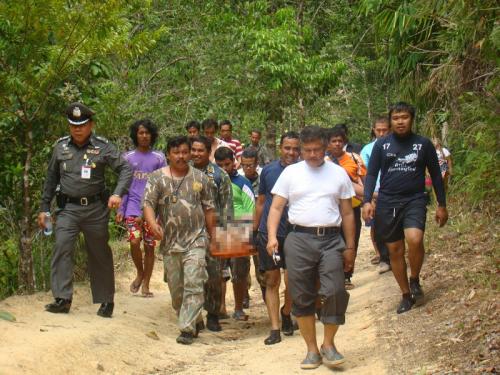 PHUKET: A student from Dubai drowned near a Phang Nga waterfall, north of Phuket, on Valentine’s Day after having left his friends to explore the area.

Muhammad Ali, 20, had separated from his friends to “walk around and take photos” in the Ton Pariwat Wildlife Conservation Area after a morning of rafting at Kong Songprak, said the conservation area chief Uthen Siriphuwanart.

“His friends returned to their car to wait for him. When he didn’t arrive two hours later, they reported to us,” Mr Uthen said.

Officers started to search for Mr Ali, but were forced to stop at sunset.

The next morning, divers found Mr Ali’s body at a depth of about four meters near the waterfall.

“His friends said Mr Ali couldn’t swim and thought that he might have slipped and fallen into the water,” said Phang Nga Provincial Police Deputy Commander Saman Chainarong.

The Embassy of the United Arab Emirates and Mr Ali’s family have been informed of his death, confirmed Mr Uthen.

VIDEO: This Week Today from the Phuket Gazette