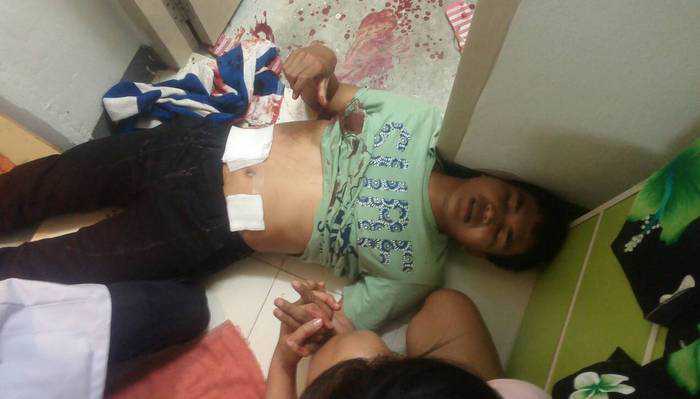 PHUKET: An unemployed Phuket man stabbed himself with a kitchen knife several times last night after a bout of heavy drinking with a group of friends.

The incident occurred at the Karn Keha housing estate in Rassada at about 7pm, Lt Preecha Rakjan of the Thalang Police told the Phuket Gazette.

“We received a call and arrived on the scene to find Phenuwich Suwanphun, 30, lying in his apartment with several stab wounds to his abdomen,” said Lt Preecha.

According to his friends, Mr Phenuwich became emotional after drinking heavily.

“We questioned his friends and it appears he started calling for his mother. He then went into the kitchen, picked up a kitchen knife and started stabbing himself with it,” Lt Preecha explained.

“Mr Preecha’s friends did their best to stop him but he managed to stab himself several times before they could wrestle the knife away from him.”

Rescue workers who arrived on the scene bandaged Mr Phenuwich’s wounds and rushed him to Thalang Hospital.

“We are not sure why he decided to hurt himself, but he might be feeling depressed because he has no job. We will question him further once he recovers,” said Lt Preecha.

“We have contacted Mr Phenuwich’s mother so that she can go to see him in hospital.”