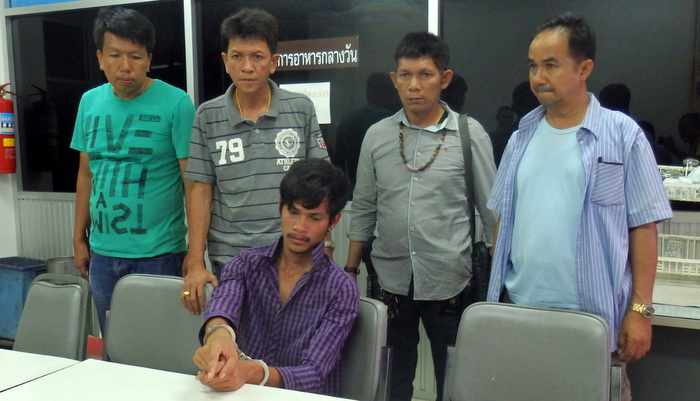 PHUKET: A druggy tour bus driver confessed to regularly stealing from Chinese tourists after being arrested in Phuket by police yesterday.

Kanoksak Promdang, 21, was caught after stealing five bags from members of a Chinese media group from Beijing.

“Mr Kanoksak picked of the group of about 30 people from their hotel and took them to Rassada Pier, where they departed on a speedboat trip to nearby islands,” said Maj Roongsak Maichandee of the Region 8 Police Crime Suppression Division.

“When the customers returned from their trip, they realized that five of their bags were missing from the bus.”

“In his room we found the tourists’ bags, as well as cash, a gold necklace, a gold ring and a mobile phone,” Maj Roongsak said.

“Mr Kanoksak confessed that he had done it many times before. He said that his salary with the company wasn’t enough to pay for his drug addiction, so he supported it by stealing valuable from tourists.”

Police did not reveal the name of the company. However, it was confirmed that Mr Kanoksak was fired.