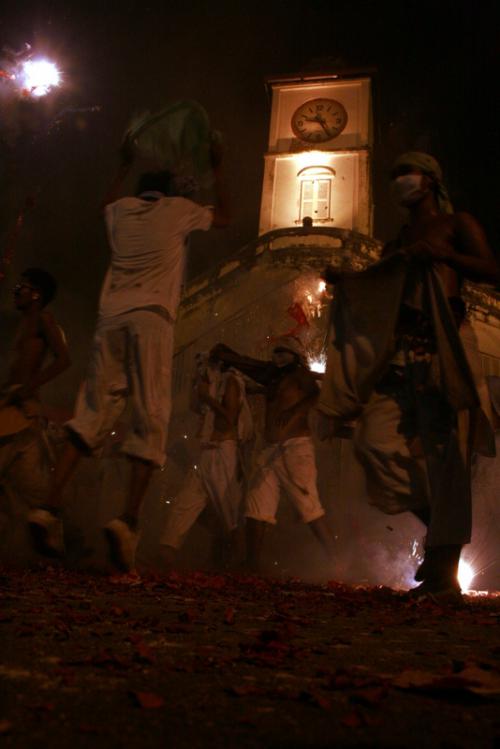 PHUKET: Phuket City Police arrested 21 people for setting off dangerous fireworks during the Phuket Vegetarian Festival, which drew to a close at midnight on Sunday.

A further seven people were arrested for selling firecrackers without a permit.

Phuket City Police chief Sermpan Sirikong said celebrants were warned before the annual festival that police would be taking a dim view of dangerous and illicit fireworks.

“We had plainclothes officers sent out to patrol Phuket Town during the festival. They targeted people playing with banned fireworks and inspected shops to make sure they weren’t selling illegal fireworks,” Col Sermpan told the Phuket Gazette yesterday.

Among the banned fireworks officers found were “the giant egg”, free-standing rockets, and the quick-fire bah jang, he added.

“Even though we announced the warning, some people still sold and used illegal fireworks,” Col Sermphan said.

“Firecrackers [and fireworks] are to be used to honor spirits during certain cultural and religious events; any other use will result – and has resulted – in arrests,” Col Sermpan warned on Friday (story here).

The penalty for using firecrackers in a manner deemed to be a nuisance is a fine of 1,000 baht, he added.

“We did not receive any complaints of people being robbed during the street possessions. There were a few cases of teenagers fighting, but it was not serious,” Col Sermpan said.