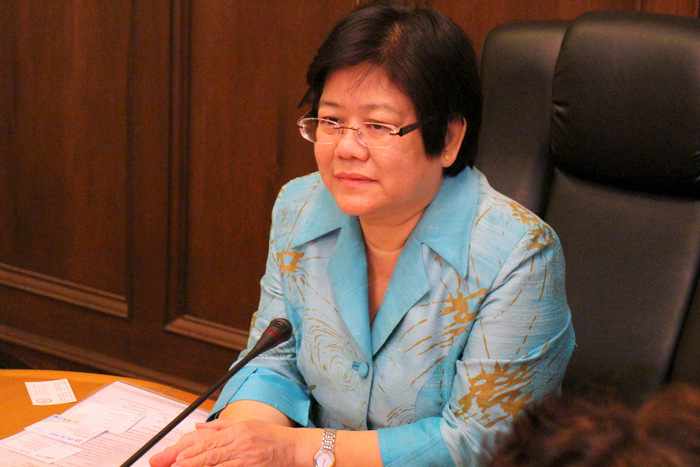 PHUKET: A representative of Phuket Aqua Project Co Ltd, the company that is building the Nemo dolphinarium in Chalong, held a closed-door meeting with Phuket Vice Governor Sommai Prijasilpa this morning.

“We have heard that many people do not agree with our project,” the representative, who declined to be named, told the Phuket Gazette after the meeting.

“People need to realize that it will not just be a show. Students and other visitors can learn about the life of a dolphin there too.”

The representative confirmed that four bottlenose dolphins, not six as originally reported, as well as sea lions and seals were destined for the facility.

“We have no intention of torturing the animals,” the representative said.

However, the representative said that she had no idea about the origins of the dolphins, other than they were to be brought to Thailand via a Russian company.

The origins of the dolphins has been a highly contentious point as many people opposing the dolphinarium believe that at least one of them was taken from the Taiji cove in Japan, where the annual slaughter of thousands of dolphins, and the capture of scores of others for just a few facilities around the world, started yesterday.

“It’s the largest slaughter of dolphins on Earth. And it’s also the place where most of the captures take place. Either there or Cuba, and I doubt that they are coming from Cuba,” renowned dolphin activist Ric O’Barry told the Phuket Gazette in an exclusive interview (story here).

Mr O’Barry is well-known for his role in the Academy-award winning documentary The Cove, which blew the lid off the annual slaughter of dolphins in Taiji.

Vice Gov Sommai confirmed that the visit today came in response to a petition filed last week by students and faculty staff from the Prince of Songkla University Phuket campus (story here).

“At this point, nothing has been confirmed,” V/Gov Sommai told the Gazette. “They [Phuket Aqua] are still waiting for the necessary CITES [Convention on International Trade in Endangered Species of Wild Fauna and Flora] paperwork, as well as the approval of the Fishery Department.

“If the project is approved, however, then it means the operators are providing facilities that are good enough for the dolphins and other animals.”

Federer goes for another win under the lights