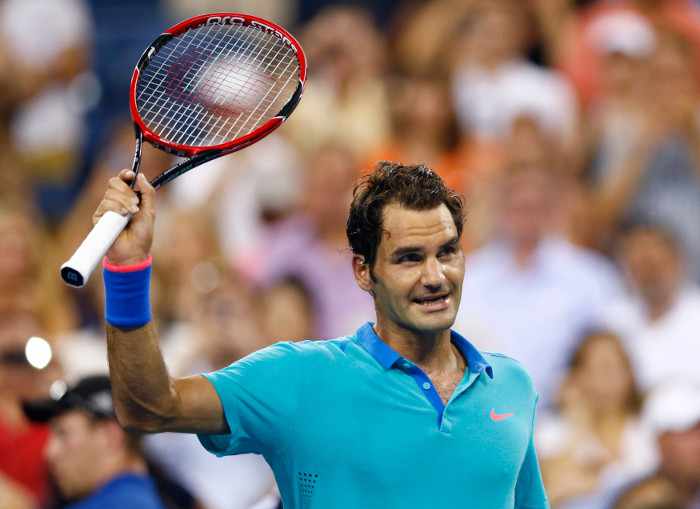 PHUKET: Roger Federer will get to break out his trademark all-black outfit again on Arthur Ashe Stadium Court at the U.S. Open on Tuesday.

The 32-year-old Swiss, five times the champion in New York, takes on Spain’s 17th seed Roberto Bautista Agut for a place in the quarter-finals, having won 24 of his 25 matches under the lights at Flushing Meadows.

His only loss came against Tomas Berdych in the fourth round two years ago but Federer said Bautista Agut deserves his absolute respect.

“He’s not the typical Spaniard with a lot of topspin. He plays unbelievably flat actually, which is very surprising, but I’m looking forward to the match.”

In the women’s event, Caroline Wozniacki will be hoping to build on her win over Maria Sharapova in the previous round by taking out Italy’s Sara Errani in the last eight.

In her first grand slam quarter-final for more than two years, Wozniacki said she was enjoying being back on the big stage.

“I never doubted myself,” she said. “I work hard every day. I know I have the level to compete against anybody I can beat anyone on a good day.

“Sara will be tough and get a lot of balls back. I just have to be aggressive at the right time.”

The 17-year-old Belinda Bencic, the youngest player to reach the quarter-finals since another Swiss, Martina Hingis in 1997, tries to go one round better when she plays Peng Shuai of China.