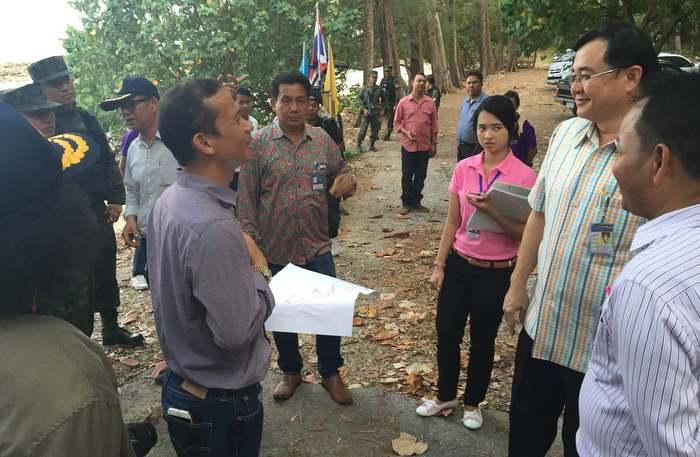 PHUKET: The vice governor of Phuket confirmed on Tuesday that a local developer is within its rights to block off a public road leading to Laem Nga Beach in Rassada after it was revealed that the road was built on private land owned by Laem Nga Development Co Ltd.

An investigation into the road closure was sparked after locals submitted a formal complaint to the Damrongdhama Center (Ombudsman’s office), prompting a visit to the area by members of the Royal Thai Navy Third Area Command and Damrongdhama Center officials on March 25. (story here).

Laem Nga Development Co representative Metha Sansern admitted that the land does connect with the public road. However, the 600-meter section that was blocked off runs through the private land and was never transferred to the government for public use.

“At this stage, the private company has the right to block the road based on the documents provided,” Vice Governor Kajornkiet said.

“As the road was built by the Department of Rural Roads approximately 15 years ago, we will look into how the department was able to construct it in the first place,” he added.

For the time being, the company has agreed to open the access road while investigations continue.