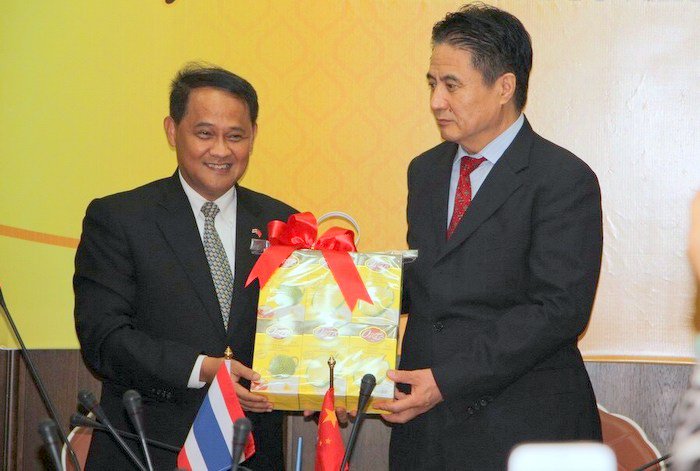 PHUKET: Direct flights to Phuket from the island’s sister province in China were tabled this week during an official Hainan tourism fact finding mission in Thailand (story here).

“The direct flights will be good for both provinces’ tourism industries,” said Gov Nisit.

China’s Hainan Island, which is about 3,000 kilometers from Phuket, has several bays with large beach resorts and stunning beaches, all factors highlighting the similarities between the provinces.

Representing the domestic holiday province of Hainan at the meeting was Luo Baoming, the provincial Communist Party chief for Hainan and former governor of Hainan.

“We have discussed the plan with Airports of Thailand, and they have approved the direct flights to land about three times a week after midnight,” Gov Nisit said. “However, we are now negotiating to have flights that land at about 8pm.”

The latter flights have yet to be approved due to the major upgrades at Phuket International Airport, and are expected to be cleared as soon as construction is finished, Gov Nisit said.

“As we are sister cities, I believe we will continue to build on the foundation of the last 10 years and develop a greater exchange of tourism ideas, economic benefits, cultural understandings and educational opportunities.”