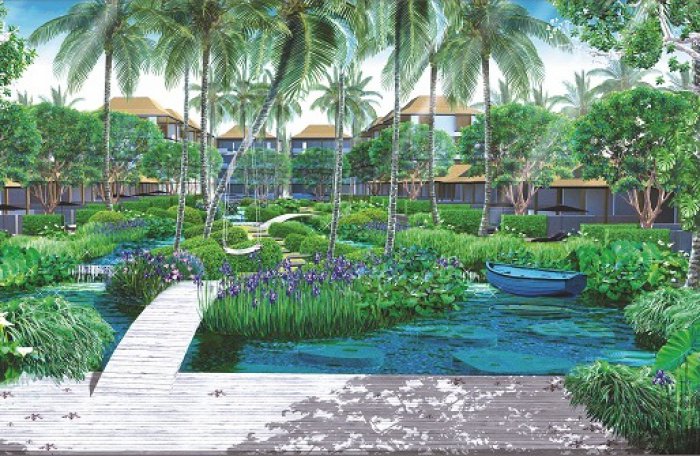 PHUKET: The expected rush of Chinese money to overseas safe-haven properties after the recent crash of Shanghai’s stock market is an unlikely surge for this popular resort island, which will continue attracting some of the outflow, but less than what people might expect, Robert Collins, managing director of Savills (Thailand), says.

It is clear that Thailand is not the preferred choice of wealthy Chinese, although some of the money is coming here, but this is not at an institutional level and is more in terms of private, small amounts which go to single homes and condominiums, rather than block sales.

“I think the opportunity is there for the Thai market to understand what the Chinese buyer is looking for, rather than this assumption that they are going to come here because it is a good value and the sun shines,” Mr Collins said.

There is a bigger dynamic driving purchase requirements and it is expected that more mainland Chinese groups will come here to co-develop with Thai companies, just as Charn Issara Development Plc recently did by partnering with China-based Junfa Real Estate Company in developing the 42-rai Baba Beach Club on Phang Nga’s Na Tai Beach.

“There will be a few others.

“I think CP [Charoen Pokphand Group] has a very good mainland connection. The Chinese have a herd mentality and for historical reasons, they are not particularly individualist – like for going overseas; it’s at a very early stage and they are cautious, relatively speaking, in terms of overseas buying. It has bearing on this too, but I think the outlook is pretty good; there is money and there is desire to invest overseas,” Mr Collins noted.

While Chiang Mai captured the imagination of the Chinese with the 2012 smash-hit movie ‘Lost in Thailand’, Mr Collins pointed out that the mainland buyer is not going in for the really big ticket properties in the northern city, with this typically being more in the 10-million-baht price point.

“In Phuket there is a very, very small number of buyers, but it is at a multimillion dollar price point.”

As Greece lurches from one nail-biting crisis to another, with the latest deal leading to the release of an interim loan of 7 billion euros, the world remains fearful of the repercussions of a still-possible Grexit. However, Mr Collins says Thailand, and Phuket in particular, are unlikely to be affected to any great extent.

“From a tourism perspective, I would say there is a secondary impact, but the decline in Russian visitors has had a far greater impact.

“We have gone through a rolling series of crises, of various magnitudes, every seven and half years or so and the markets plow on.”

Turning to the Thai market, Mr Collins said weak consumer confidence, underscored by Kasikorn Research Center’s household Economic Condition Index in June hitting a record 11-month low of 43.8 percent, is affecting the property market to some extent, but the natural trend is for there to always be ebb and flow and peaks and troughs.

“We are in quieter days right now, which is understandable and, generally speaking, good products in good locations will continue to sell,” he said.

“We are certainly not seeing prices come down. There is a large volume of property in the market, but the market follows cycles and we are just in a quieter patch right now. It is completely natural.”

Property watch: All about crunching numbers