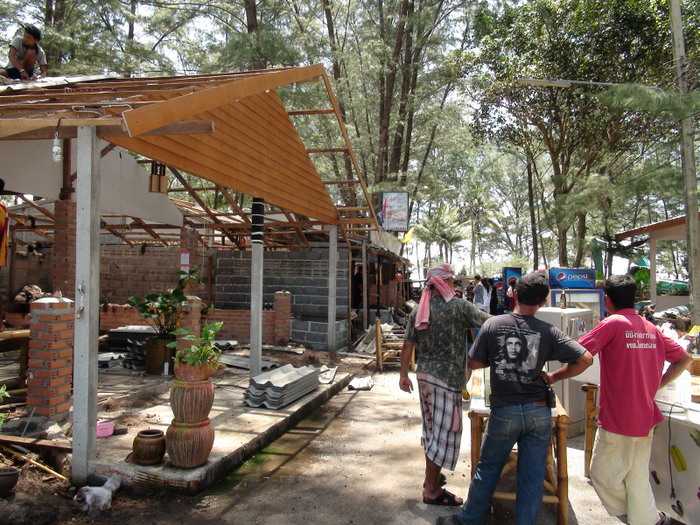 The removal of the buildings was led by Cdr Pornprom Sakultem of the Royal Thai Navy, which has its eyes on seven buildings in the area. However, five are still going through the legal process, explained Sakoo Tambon Administration Organization (OrBorTor) Chief Administrative Officer Sumet Suwannarat.

The clearing today comes in the wake of the removal of 19 buildings yesterday that were encroaching on public land along Mai Khao Beach.

“Everyone understood the orders, and just asked that our officers help them remove the buildings for them because they don’t have the labor to do so,” Mai Khao OrBorTor President Sarawut Sisakukam told the Phuket Gazette.

“We warned vendors ahead of time. Some of them removed items from the buildings, others did not.”

Mr Sarawut assured that the OrBorTor was already trying to find a way to keep those who have lost their jobs in his area from becoming unemployed.