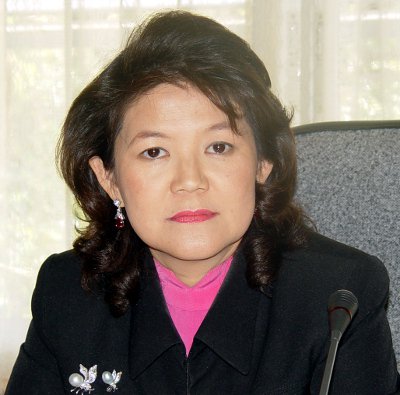 PHUKET: Former Prime Minister Abhisit Vejjajiva and other Democrat Party heavyweights are scheduled to chair a seminar to develop a “Phuket model” for tourism on the island tomorrow.

The event, scheduled to begin at 1pm, is intended to boost Phuket’s preparedness for measures of the Association of South East Asian Nations (ASEAN) Economic Community, or AEC, which will take effect in 2015.

Dubbed “Decide Thailand Together”, the gathering will begin at 1pm at the Simon Star Theater in Rassada, one of the three major transgender cabaret venues on the island.

“The concepts presented by local organizations on the development of a tourism strategy in Phuket, will provide a framework for other provinces to use in their development of tourism businesses,” said Phuket MP Anchalee Vanich-Thepabutr, who served as Mr Abhisit’s secretary-general during his tenure as premier.

The Democrat Party has developed a 10-point development strategy to prepare the country for economic integration with its ASEAN-bloc partners, she explained.

“Phuket was selected to be the model for tourism because of its well-known and strong tourism industry,” she added.