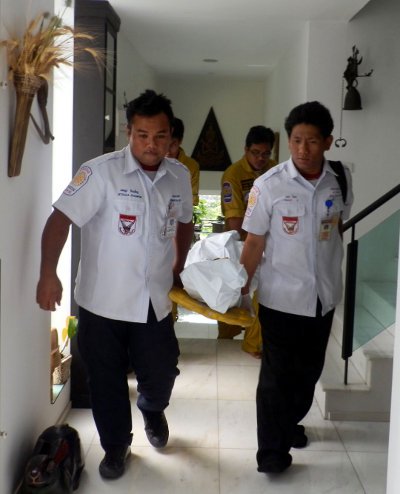 PHUKET: Police do not suspect foul play in the death of a foreign woman found dead in her Phuket villa yesterday morning.

Cherng Talay Police inspector Sarubadee Butranongsaeng told the Phuket Gazette that the woman was found dead by her husband at her home in Baan Layan.

He named the deceased as German national Maria Makeenta, as identified by her husband.

“We were told that she had cancer and had been seeing a doctor regularly,” Lt Col Sarubadee explained.

“There were no signs of a struggle,” he added.

Mrs Makeenta’s body was taken to Thalang Hospital to confirm the cause of death, after which it was to be handed over to relatives for a funeral service, Lt Col Sarubadee said.

Phuket Live Wire: A galaxy of pads, a clamour of nooks and an army of androids

Islanders shot down by Airforce United