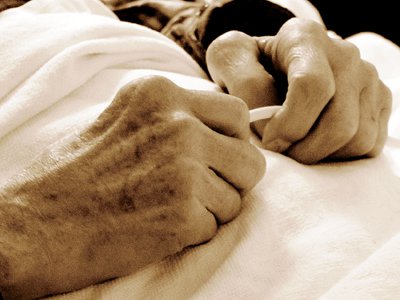 PHUKET: No, the title of this article isn’t a joke. Obviously, there is a big difference in cultural attitudes toward what responsibilities people have when it comes to family. There is no need to discuss this at length.

Generally speaking, most Westerners are not under the same pressure to look after their aging family members as most Thais are. But there are some things you should or could do to plan ahead for your parents’ final years back in your home country.

While every country has different rules, there is a general trend in the way laws are structured regarding what happens to an elderly person’s assets when he or she reaches the point that they can no longer take care of themselves.

Unfortunately, most often these laws punish those who have been financially responsible over the course of their lives, and provide a relative advantage for those who have not.

The most ideal situation would be to arrive at that point in life with a good enough insurance policy to cover all of these costs. Now, let’s get back to the real world for most of us.

For most people I come across moving to a country such as Thailand with low labor costs, which allows for assisted living at a reasonable price, lack of insurance is not viable. This is understandable of course, as the thought of going through culture shock at the very end of life is too much for many elderly to even consider.

Thus, most people are left in a situation where whatever assets they accumulated over the course of their life will be eaten up by the very expensive process of dying in the West. Especially if it drags out and one needs a lot of medications and/or equipment to get by in the final years.

Most countries have some sort of means test to determine how this is all paid for. This is when people who have been frugal and responsible are very upset to find out a hard truth.

Their government has no problem paying for their broke compatriots who spent everything they earned, but refuses to cough up any money for them until they also end up in the same boat.

The system essentially says, “Live it up while you’re young because old age is going to take it all away anyway.”

This is a very unfair consequence of the way the system is set up. However, most countries have some sort of look-back period where it is not considered a deprivation of assets to pass them on to your loved ones.

The main objective of this kind of financial planning for your parents is to get as many of their assets out of their name prior to the look-back periods as possible, to prevent them from being eaten up by medical bills.

You need to consult an advisor back in the country where your parents will grow old, and the sooner you begin the more of your parents’ hard-earned assets can be retained by the family, as opposed to getting eaten up in the process of dying.

These assets in turn can be used to provide them with the little extra niceties that may make those final years a little bit better. This will give them the fair reward they deserve for having managed their finances properly. Unfortunately, by the time this becomes an issue for most people, it is already too late. Plan ahead now while your parents are still as young and healthy as possible.

David Mayes MBA lives in Phuket and provides wealth management services to expats around the globe, specializing in UK pension transfers. He can be reached at 085-335-8573 or david.m@faramond.com.