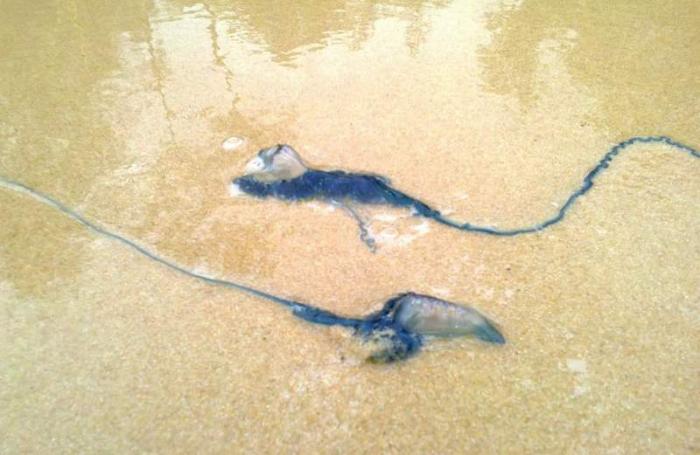 PHUKET: Deadly Portuguese Man-of-War have been spotted floating off several of Phuket’s popular beaches this week.

Phuket Lifeguard Club President Prathaiyut Chuayuan told the Phuket Gazette today that the venomous siphonophore are a common occurrence off Phuket shores during the monsoon season and warned swimmers to be extra vigilant to ensure they do not risk getting stung by them.

The sting of a Portuguese man-of-war can sometimes be fatal for humans.

“So far this season there have been no reports of anyone getting stung by these jellyfish, a few of which were first spotted at Nai Harn Beach earlier this week and then off Kamala, Nai Thon and Surin beaches,” said Mr Prathaiyut.

“Anyone who does get stung by a man-of-war jellyfish should know that only sea water should be used to wash the wounds; unlike other jellyfish stings, for which rinsing with fresh water or vinegar is advised,” said Mr Prathaiyut.