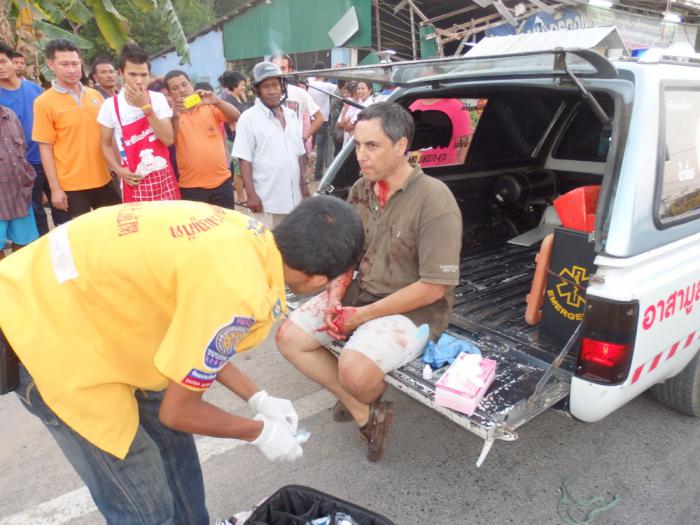 PHUKET: Police are still looking for an explanation as to what caused a car driven by a Danish expat to fly off the road and plunge into an appliance store in Thalang on Thursday evening.

Police arrived at the scene, about 250 meters from Baan Nai Klam Mosque on the southbound side of Thepkrasattri Road, at about 6:30pm.

The 50-year-old driver, Per Erichsen, was in a daze, said Chatree Chuwichian of the Thalang Police.

“He was in shock,” Lt Chatree explained. “He said he did not remember what happened.”

Worrathep Pattamawiriya, 19, said Mr Erichsen’s car started to drift as it passed him moments before the accident.

“The car cut across in front of my motorbike and crashed into the shop,” he said. “It was like the driver was asleep.”

Rescue workers took Mr Erichsen to Thalang Hospital for treatment of cuts on his right arm and his head.

“We have yet to charge the driver,” Lt Chatree said. “We will call him in for questioning after he has recovered from his injuries.

“No government property was damaged and the car’s insurance company should be able to cover the damage to the shop.”

Australian long-term expat dies after fall from motorbike in Phuket