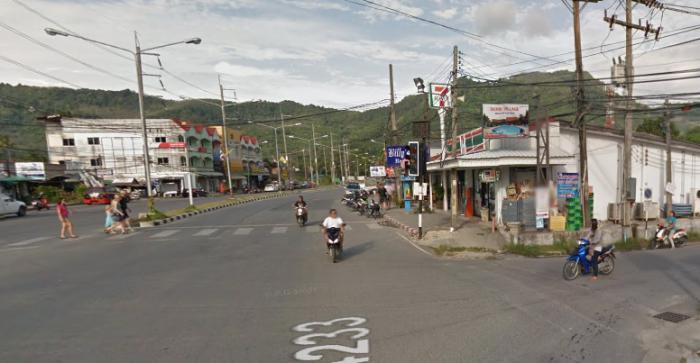 “The accident happened at about 1:50am. Eyewitness accounts described Wayne Anthony Stone driving his motorbike at high speeds with only one hand holding the handlebars,” Navin Petchan of the Kamala Police told the Phuket Gazette.

“Mr Stone fell off his bike at a main junction in Kamala across from a 7-Eleven convenience store.”

Mr Stone was wearing a helmet when police arrived at the scene, confirmed Lt Navin.

“Eyewitnesses said Mr Stone had been drinking at a nearby pub before he left for home. We are waiting for test results to confirm the level of alcohol in his system at the time of the accident,” added Lt Navin.

However, he died on the way to Patong Hospital.

“Mr Stone had lived in Kamala for about seven years and was well-known in the area,” Lt Navin said.