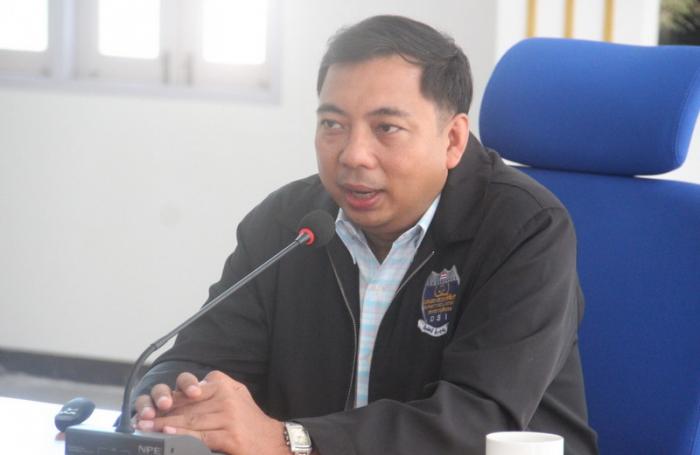 PHUKET: The
Department of Special Investigation (DSI) vowed to renew its efforts in backing the Rawai sea gypsies’ claim of having lived on a disputed piece of beachfront property for more than 100 years.

“At the meeting with Phuket Governor Chamroen Tipayapongtada on February 2, we will provide all the DNA evidence collected from the archaeological dig we conducted on the property, and aerial photographs from 1967 that show the access road blocked by private business owners was being used by locals at that time to reach one of their ceremonial sites,” said Lt Col Prawut Wongseenin, director of the DSI’s Bureau of Consumer Protection and Environmental Crime.

“We have so much evidence showing that the sea gypsies were living here long before a SorKor 1, which was later upgraded to a Chanote, was issued.”

The SorKor 1 was issued in 1955, 12 years before the aerial photos being used to support the sea gypsy claim were taken. It was then upgraded to a Chanote, which was later split into smaller title deeds, four of which are being used by Baron World Trade to lay claim to a section of the disputed land.

In 2014, DNA tests on skeletal remains unearthed in the village confirmed that the seafaring nomads have called Phuket’s southern beach home for more than 100 years (story here).

“In previous cases similar to this, the court has ruled that land which was occupied by people for so long without any land title documents was public land,” said Col Prawut. “I hope the evidence we bring to the table helps both parties find a final solution.”

The long-standing issues about the land lived on by the sea gypsies boiled over on Wednesday when more than 30 people were injured in a violent confrontation between private investors and sea gypsies in Phuket on Wednesday (story here).

A Decade Ago: Soi dog woes as medical tourism grows